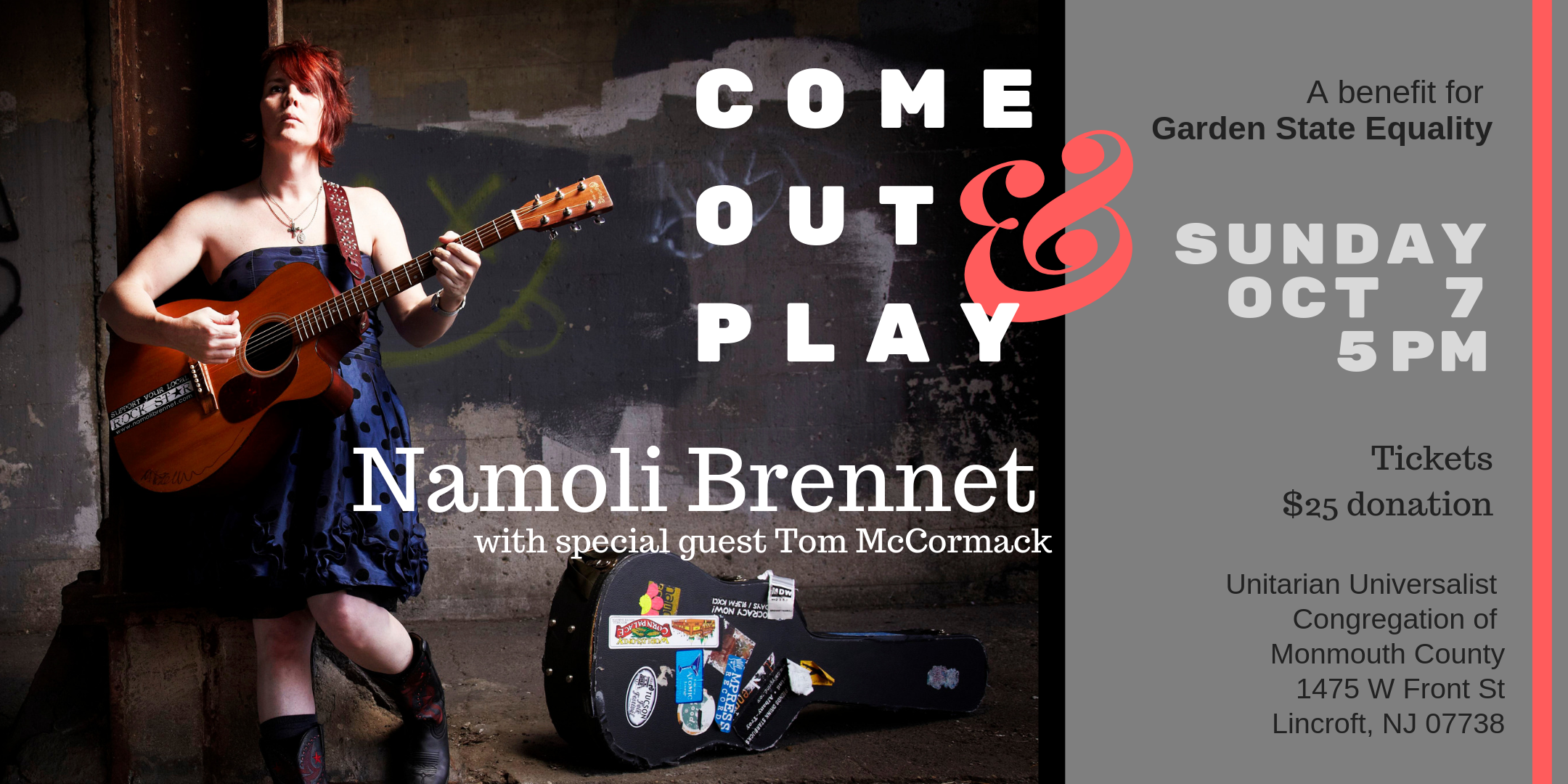 Namoli Brennet is an award-winning musician who has been labeled “among the best folk-rock artists in the country” from The Tucson Weekly and has been touring with her own brand of moody and inspiring folk since 2002 in the U.S. and Europe. From her first cd “Boy in a Dress” (2002) thru this year’s “The Simple Life”, with 13 released recordings and tens of thousands of touring miles logged, the fact that she’s trans is not the most significant part of her story but it’s clearly not a hidden footnote either.

“I got my first guitar when I was 9. It was around this time too that I had the first inkling that there was something different about me,” said Brennet. “I didn’t have words for it at the time, but a few years later I would read something about a ‘transexual’ and feel like it was the closest I could come to describing myself. I grew up in a very strict Catholic family and was even an altar boy for awhile, so I filed this revelation under ‘things I should probably keep to myself.”

No longer keeping such secrets is the focus of Come Out & Play, a new concert series featuring Brennet at its kickoff event on Sunday, October 7th at the Unitarian Universalist Congregation of Monmouth County in Lincroft beginning at 5pm. The event will benefit Garden State Equality.

“Come Out & Play provides a stage for LGBTQ musicians and songwriters to express themselves and their experience through their creative work,” said Tom McCormack, who is producing the event along with his husband, Bruce Meltzer. “The first time I heard Namoli’s music I had a deep and profound reaction to her lyrics, her voice and performance, so when I learned that she was going to be touring and had an open date in our area, I eagerly encouraged her to come to New Jersey.”

McCormack, who was the co-creator and executive producer of GLAMA, the Gay / Lesbian American Music Awards and a former executive director of OUTmusic, a non-profit organization dedicated to the advancement of LGBTQ music makers, will host and also be a featured performer at the event.

While the accolades she has received have been welcome, Brennet’s primary motivation for creating her music is much more fundamental.

“I used to think that awards, reviews, opening slots, venues and a certain amount of recognition and success would bring happiness,” said Brennet. “All of those things are wonderful gifts but pale in comparison to the moment when music takes over, you close your eyes and play the perfect note at the perfect time and know that in that moment something meaningful is taking place and you’re privileged enough to be able to deliver it.”

Tickets are available online at www.comeoutandplayconcerts.com or at the door. A $25 suggested donation is requested and the event proceeds will benefit Garden State Equality.